Johnson: The importance of pauses in conversation

“Um”, “uh”, “mm-hmm” and interruption are not killers of conversation, but its lubricants

MARGARET THATCHER was known for a voice that brooked no disagreement. While still in opposition, she had taken elocution lessons to sound more forceful. Despite this, she was often interrupted in interviews as prime minister, and in 1982, three researchers set out to understand why. They played clips from one of her interviews to a variety of people. The clips included segments that ended in interruption (while editing out the interruptions themselves). More often than not, those hearing the interrupted phrases thought that the prime minister was ending her conversational turn. It seems her interviewer had come to a similar conclusion.

Why? Conversation, it turns out, is a finely tuned machine, as Nick Enfield, a linguist at the University of Sydney, suggests in “How We Talk”. Humans mostly follow a rule called “no gap, no overlap”, reacting to the end of a conversational turn by beginning their own in about 200 milliseconds—about the time it takes a sprinter to respond to the starting gun. This is all the more remarkable given that it takes about 600 milliseconds for someone to work out what they are going to say by mentally retrieving the words and organising how they are to be expressed.

People, therefore, must plan to begin speaking before their conversation partner has stopped. That requires a fine attention to the cues signalling the end of a turn, such as a lengthening of syllables and a drop in pitch. As it happens, using a downward shift of pitch is also a frequent piece of advice given to those who want to sound more authoritative—like Thatcher. The researchers studying the times she was interrupted found precisely that a sharp drop in her pitch accurately predicted an interruption. END_OF_DOCUMENT_TOKEN_TO_BE_REPLACED

Amazon has hired some 1,000 newly minted M.B.A.s in the past year

Amazon.com Inc., disrupter of industries from book selling to grocery shopping, has found its latest sector to upend—recruiting at the nation’s elite business schools.

The Seattle-based retail giant is now the top recruiter at the business schools of Carnegie Mellon University, Duke University and University of California, Berkeley. It is the biggest internship destination for first-year M.B.A.s at the University of Michigan, Massachusetts Institute of Technology, Dartmouth College and Duke. Amazon took in more interns from the University of Chicago’s Booth School of Business than either Bain & Co. or McKinsey & Co., which were until recently among the school’s top hirers of interns, according to Madhav Rajan, Booth’s dean. END_OF_DOCUMENT_TOKEN_TO_BE_REPLACED

Do You Know How Others See You?

We don’t always correctly read how the outside world reads us; new research shows what we can do to improve our perception and the benefits we’ll see

Most of us are not as self-aware as we think we are.

Research shows that people who have a high level of self-awareness—who see themselves, how they fit into the world and how others see them clearly—make smarter decisions, raise more mature children and are more successful in school and work. They’re less likely to lie, cheat and steal. And they have healthier relationships.

Tasha Eurich, an organizational psychologist from Denver, spent three years conducting a study on self-awareness and has a new book on it titled “Insight.” When it comes to self-knowledge, she says there are three types of people: those who have it, those who underestimate how much they have (she calls them “underraters”) and those who overestimate how much they have (“overraters”). Un derraters beat themselves up unnecessarily. Overraters believe they do everything well. She found no gender differences in her research.

END_OF_DOCUMENT_TOKEN_TO_BE_REPLACED

The new status symbol: it’s not what you spend – it’s how hard you work

The rich used to show how much they could spend on things they didn’t need. Today, a public display of productivity is the new symbol of class power

Apple CEO Tim Cook says he starts each day at 3.45am, while Yahoo CEO Marissa 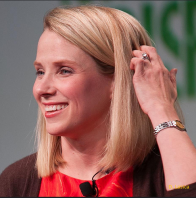 Mayer had talked about her 130-hour workweek.

Almost 120 years ago, during the first Gilded Age, sociologist Thorstein Veblen coined the term “conspicuous consumption”. He used it to refer to rich people flaunting their wealth through wasteful spending. Why buy a thousand-dollar suit when a hundred-dollar one serves the same function? The answer, Veblen said, was power. The rich asserted their dominance by showing how much money they could burn on things they didn’t need.

While radical at the time, Veblen’s observation seems obvious now. In the intervening decades, conspicuous consumption has become deeply embedded in the texture of American capitalism. Our new Gilded Age is even more Veblenian than the last. Today’s captains of industry publicize their social position with private islands and superyachts while the president of the United States covers nearly everything he owns in gold. END_OF_DOCUMENT_TOKEN_TO_BE_REPLACED

The Holy Grail of Future Work

NEW YORK – Understanding the future of work is difficult, if not impossible. According to the MacArthur Foundation, 65% of today’s schoolchildren will eventually be employed in jobs that don’t exist yet.

As technology, globalization, and many other factors continue to redefine work, one constant will be the need for soft skills, or “skills for life.” Peer-to-peer deliberation, brainstorming, and collaboration are familiar to working professionals today, but we can’t assume that they come naturally, especially to the millions of students without access to proper training and college- and career-planning resources. In fact, a growing global skills gap suggests that many young workers are already falling behind.

According to the United States Bureau of Labor Statistics, the US economy has 5.9 million job openings, while 7.8 million people remain unemployed. In Europe, 5.6 million young people are unemployed, while another two million are neither working nor in school. END_OF_DOCUMENT_TOKEN_TO_BE_REPLACED

Many jobs that can’t be automated or outsourced require such ‘soft skills’ as critical thinking, empathy, or other abilities that computers can’t easily simulate.

The job market’s most sought-after skills can be tough to spot on a résumé.

Companies across the U.S. say it is becoming increasingly difficult to find applicants who can communicate clearly, take initiative, problem-solve and get along with co-workers.

Those traits, often called soft skills, can make the difference between a standout employee and one who just gets by. END_OF_DOCUMENT_TOKEN_TO_BE_REPLACED

Chatbots are being prepped to take over many administrative tasks.

The next time you’re hired, you might find yourself getting information about payroll, vacations, and expenses by talking to a chatbot instead of consulting a handbook for new employees or talking to someone in HR.

A startup called Talla, based in Boston, is working on chatbots designed to help new workers get up to speed and be more productive. The company is using advanced machine learning and natural language processing techniques in an effort to create software that is smarter than the average bot. END_OF_DOCUMENT_TOKEN_TO_BE_REPLACED

That’s what I would call “meritocracy”, isn’t it? (hfk)

The best-paid CEOs tend to run some of the worst-performing companies and vice versa—even when pay and performance are measured over the course of many years, according to a new study.

MSCI found that $100 invested in the 20% of companies with the highest-paid CEOs would have grown to $265 over 10 years. The same amount invested in the companies with the lowest-paid CEOs would have grown to $367. The report is expected to be released as early as Monday. END_OF_DOCUMENT_TOKEN_TO_BE_REPLACED

Tom Peters Wants You to Read

The legendary management guru believes burying your nose in a book can be the most effective strategy for succeeding in business.

Tom Peters. You know the guy. He branded himself with an “!” after his name. He and Bob Waterman wrote one of the best-selling business books of all time,In Search of Excellence: Lessons from America’s Best-Run Companies(Harper & Row, 1982).

Peters is one of the handful of people who helped transform the business book genre from a staid backwater into a mass market — with 1.8 million titles in print, it’s the fifth-largest book category on Amazon. He has written 29 of those titles and sold more than 10 million copies of them. In the process, Peters helped define the term business guru and inspired more wannabes than Madonna. At age 73, he enjoys an engaged, multigenerational audience, including 135,000 Twitter followers.

Because Peters is a voracious reader, I thought he would make an ideal subject for my monthly “Required Reading” column for strategy+business, in which business notables call out a very short list of books they think leaders should read. But a brief call to New Zealand, where Peters goes to beat the New England winters, to discuss his four favorite books somehow turned into a one-and-a-half-hour marathon.

“I have to tell you a story about a neighbor of mine in Massachusetts who would be on anybody’s top 10 list of [Warren] Buffett–like people,” Peters opened. “I was at a dinner with him 18 months ago and, out of nowhere, he said, ‘You know what the number one problem is with big company CEOs?’ I said, ‘I can think of at least 70 things, but damned if I can narrow it down.’ And out of his mouth pops, ‘They don’t read enough.’” END_OF_DOCUMENT_TOKEN_TO_BE_REPLACED

In The Future We’ll All Have Multiple Jobs

Robots may replace us at menial tasks, but we are more likely to be moonlighting to advance our careers in the future.

The latest report from Adobe reveals that a majority (70%) of U.S. office workers report loving their jobs. In fact, they love work so much, they spend a lot of off hours thinking about it, and are likely to have a second job to help them improve the first.

This love fest stands in sharp contrast to several recent reports. According to Gallup’s most recent count, only 32.2% of respondents say they are engaged at work, while a recent study by the Marcus Buckingham Company, a management consultancy, found only 19% of U.S. employees reported being involved, enthusiastic, and committed.

Adobe’s findings, titled “Work in Progress,” were the result of surveying just over 1,000 U.S. office workers. The survey gauged their sentiments about the future of work. END_OF_DOCUMENT_TOKEN_TO_BE_REPLACED